For those who don’t always want to plan everything. For those who are increasingly bored of travelling and are no longer so easily enthusiastic. Leave the travel guide at home and the phone off! Here are some unusual travel ideas for your next vacation.

In brief: Experimental travel is about decoupling travel and discovery from fixed destinations. You let yourself be led to where “the wind drives you”. Or at least almost.

The mental father of the idea, Joël Henry, describes experimental travel in this way:
«Experimental travel evades definition, but it can loosely be described as a playful way of travelling, where the journey’s methodology is clear but the destination may be unknown»

Travel as a mass trend

Individual tourism is becoming increasingly limited. The strong commercialization of travel experiences and places that are attractive for tourists as well as the “being in” of traveling itself make a truly individual experience more difficult. The ongoing digitalization is also changing our travel behaviour and perception. Before we’re even on site for the first time, we’ve already looked at everything on Google Maps, possibly finding routes. And as if that wasn’t enough, we have already read reviews of hotels, excursions and other travelers’ events. This reduces the chances of bad surprises, but it also reduces the chances of good ones! It’s hard to be surprised. 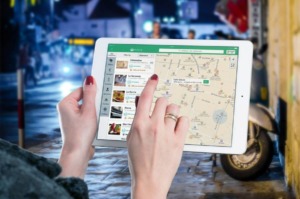 The route is the destination

When it comes to experimental travel, the route is clear, but not the destination. You set yourself rules that fit you and you have to stick to. For example, this could be the exploration of areas that are developed according to a certain system (for example, first turn left, then right, then left, etc.) in order to simply surrender to where you end up. Or, when visiting places of interest, to take a closer look at the opposite side of the road and take photos instead of the sight itself.

By chance I came across a book from 2005 while surfing the internet. It was made by Lonely Planet and is simply called “Experimental Travel”. Experimental Travel? In times of standardized travel, in which the snapshots and travel pictures all look similar and tourist highlights and countries like stamps are collected, this promises something interesting.

The idea of experimental tourism was born in June 1990 during a lunch break in Strasbourg. Joël Henry and two friends began to talk about a journey that later served as a foundation experiment. The three friends later spent a whole weekend in Zurich (Switzerland), where they all travelled at the same time, but each of them travelled alone.  Thus “Latourex” was invented, the “Laboratoire de Tourisme Expérimental”.

The journalist Joël Henry co-wrote the book in 2005. He’s talking to me out of my soul! He is co-founder of the “Laboratory of Experimental Travel” and prefers to travel from A to Z himself. This means that on a virtual map with alphabetical street names, a straight line is drawn between the first street with A and the last street with Z (so-called “Alphatourism”). Then this line of thought will be taken. No matter where this leads, dead ends are simply circled. That you don’t know where your path will lead you is part of the idea. Anyone who has security concerns or encounters serious situations should nevertheless abort.

Joel Henry, who also conducts this kind of traveling with family and children, says:
“For me, it is really characteristic of experimental tourism to do both: travel and games. And you never really know exactly whether you are on a journey or playing a game. The line between them is infinitesimal.” (Source: http://www.deutschlandfunkkultur.de). 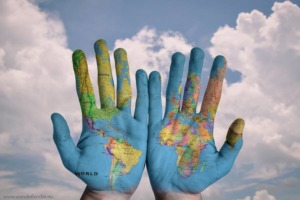 Experimental travel allows you to discover things far away from the sights. Just change your perspective and pay attention to details. Little things, noises, smells. Discover the places like a local. Though probably not even these do so.

I’m sure you’ll agree that this has its own charm. In this way you will experience places more intensely than you would do when hunting down sights. That could already start with the choice of flights. Personally, I have always rather booked my flights by price. In other words, I flew to where the fares were at their lowest at the time, no matter what it was. Only rarely have I selected specific destinations. Experimental travel can thus be started when booking. For example, you could select a fixed number that defines the whole trip. For example, the number 5: You book the 5th flight from above, then take a public transport at your destination with the number 5, travel 5 stops and so on. I also like an idea for couples: The partners reach the destination individually and then they try to get together (without Google Maps please).

Funnily enough, experimental travel refers to something that should actually happen naturally. However, in our fast-paced times when everyone is in rush, there must be a name, a book and a scheme to rediscover it. Why wouldn’t it be? By the way, these methods are also very suitable for discovering your own hometown. There are certainly still some corners which you don’t know yet or which have changed a lot over time. I will certainly use this and rediscover Berlin. Let’s see what happens. I’ll keep you posted!

Small projects have emerged around the idea. For example, the  “Insitut für ländliche Schönheit” (German)

Here you can find a list of ideas for your own experimental trip.