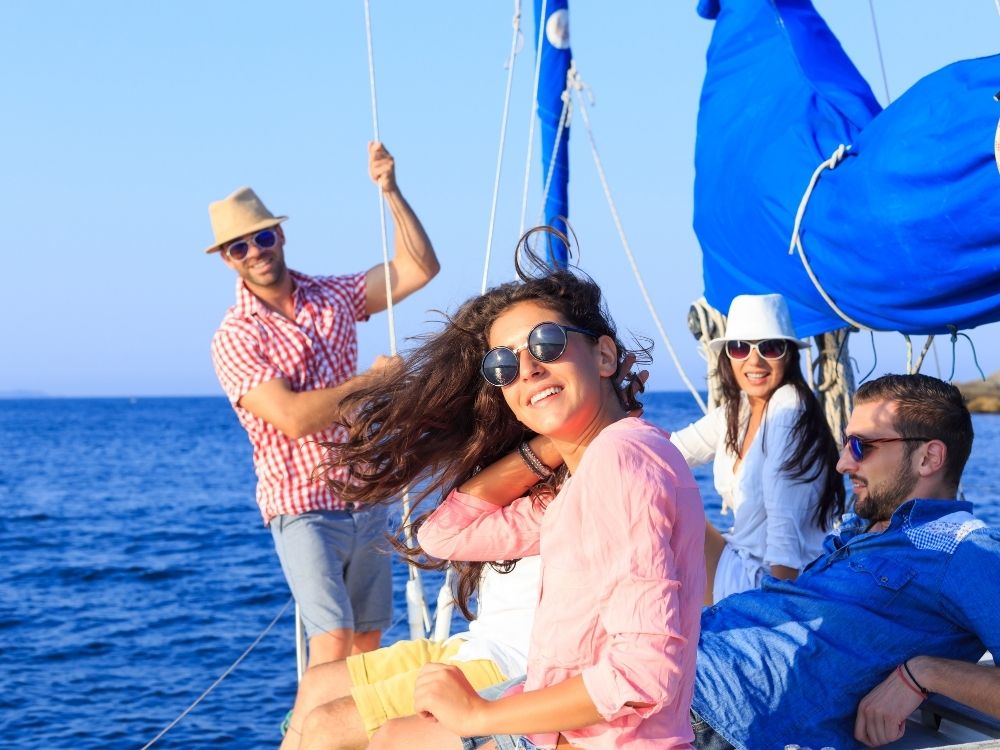 With over 1,000 beautiful islands near the mainland, Croatia’s beautiful coastline makes it easy to navigate safely in the clear blue waters. If you are planning on a boat charter, sailing trip or yacht experience along this lovely coast, you cannot miss these lovely islands. Here is the ultimate itinerary for your Croatian boat trip.

Croatia is located north of the Mediterranean Sea on the Adriatic Sea opposite Italy. It first appeared on the political map of Europe in 1992, after Yugoslavia, with more than a thousand years of history, experienced a bloody civil war.

The mainland coast includes Istria, the Croatian Riviera and Dalmatia, with 1,187 wonderful islands, of which only 67 are inhabited. The length of the coast, including the islands, is 5835 kilometers. The islands occupy more than 4,000 km of coastline, with Krk and Cres being the two largest islands.

The best time a sailing or boat trip

The best time to visit Croatia’s islands is early summer when strong winds blow from the southeast, especially in May and June. It is usually quiet in the morning and the wind blows around 15-20 knots during the day. July and August are quiet and ideal for those who don’t mind driving.

Most beautiful Croatian islands by boat: the route

The sailing route starts in the northern part of Croatia.

These islands have been officially the summer residence of President Titos and used to be closed to the public. The area is now open, but after the president’s death, maintenance spendings were low and the premises are a bit outdated.

This archipelago consists of two large islands and 12 small islands. In 1983, it was declared a national park. The largest island is Veli Briun, just 2 km from the mainland coast and very green and overgrown with vegetation.

Cres covers an area of ​​about 400 square kilometers and is the second largest island in the Adriatic Sea. It is grouped into Lošinj and 28 other small islands. The Marilosini harbor is considered the most beautiful in the entire Adriatic Sea.

Chikat Bay is known for its gorgeous beaches, surfing opportunities and tourist destination. The village of Verirozini is much quieter. Thorstown is also famous and has been ruled by Venice in Italy for centuries. Sukaku Island is well worth a visit. People speak their own dialect.

With an area of ​​405 square kilometers, is the largest island and one of the most populous and touristic islands in the Adriatic Sea. It is neither the most beautiful nor the greenest on the island. Its main cities are Bashska, the city of Krk itself, Malinska, Omisalji, Punato and Vurbunik. Krk Town is famous for the Cathedral of St. Mary.

Rab is one of the greenest islands in the Adriatic Sea and probably one of the most magical. It has a beautiful sandy beach and is covered with a pine forest. Lavtown, a major tourist destination, has many medieval buildings dating back to the 13th century under Venetian rule. The old city walls are still visible here and there.

The second longest island in the Adriatic Sea. There are few plants due to the strong Bora wind. However, Pag has a lot of charm. The town of Pag is famous for its lace and is well preserved.

Telescica, a large and beautiful bay in Dugi Otok, is located in Dugi Otok. Sali, a small fishing village, is known for its summer events that celebrate local folklore. These include a donkey race and an illuminated boat procession. Brbinj, higher up on Dugi Otok, is a peaceful, sheltered spot surrounded by pine trees and olive groves.

140 islands make up this archipelago and it covers an area 300 square kms. Because of its many coves, and clear blue waters, the majority of the area is a National Park. It is described by astronauts to have the most beautiful blue water in space. George Bernard Shaw described the island group as “On the last day in Creation God wanted to crown His work and so created the Kornati Islands out of tears and stars and breathe.”

The majority of the land belongs to the people of Murter Island, who visit to tend to the vineyards, olive groves and orchards. While they live in cottages during the agricultural seasons, there is not a permanent population. Hramina, a private marina located on Murter Island, offers good facilities and a variety of restaurants.

The coastal town of Primosten is one of the most popular resorts on the Adriatic coast, offering some of the best in Croatia’s history. Walk the narrow cobbled streets of the old town to a small mountainous peninsula.

Brac is the largest island of Central Dalmatia, and the third-largest in the Adriatic. Brac is also the sunniest, with 2700 hours of sunshine per year. Brac is famous for its agricultural products such as figs and olive oil, nectarines and wine, among other things.

Brac stone is the main export. It is used in many buildings around the world, including the White House in Washington DC. Other resorts include Sutivan, Milna (Zlatnirat), Milna and Sumartin.

This fourth-largest Adriatic island is sunnier than Brac. The island receives enough rain to keep it green, and the fields of lavender and rosemary, rosemary, sage, and thyme, as well as the vineyards, are maintained. Hvar smells almost like a herbalist shop in spring. Lavender oil is the main export of Hvar.

Hvar Town, Jelsa Stari Grad and Sucuraj are the main resorts. Hvar is home to the oldest theatre in public history of the country, dating back to 1612.

This is the largest of the larger Croatian Islands and it lies 24 miles from the mainland. Vis, which was founded in 397 BC, is the oldest town in Dalmatia. During World War II, the island served as a major base for British troops. It was closed to the public by the Yugoslav military after 1945. The island was reopened in 1990.

Plavac and Vugava are two of Croatia’s most prized wines. Komiza and Vis Town are the main cities. Vis is a peaceful and tranquil place.

Bisevo is the home of the Blue Caves, which are the ideal snorkelling spot.

This beautiful island is well-known for its dense forests. Marco Polo, the famed adventurer, was born in Korcula. His house is still there. The main resorts in Korcula are Vela Luka, Lumbarda and Little Dubrovnik.

Take a trip to Ston, a beautiful fortified town on the mainland. It is known for its impressive defensive walls and cultural monuments. Local restaurants offer delicious oyster and fresh seafood dishes. Enjoy the afternoon at its sandy beach, which is lined with olive trees.

Mljet lies 23 miles west from Dubrovnik, and is the southernmost of the larger islands. The island’s western half is protected by a National Park. More than two-thirds are forested. Legend has it that Odysseus fell for the island and stayed seven years. There are many good anchorages along the south coast. The best is Saplunara.

These islands, which were once home to a large number of deer, got their names from the Greek word elafos meaning deer. The group actually includes six islands. It is home to some of the best mariners in the world. The islands are stunning and a must-see. Lopud is a pair of hills connected by a beautiful valley. Continue on the footpath to Sunj, which is a small bay of white sand that’s perfect for swimming.

The final stop on your sailing or boat tour is famous Dubrovnik, a 13th-century fortified city. The old town is surrounded by ancient walls that contain a unique mix of Baroque, Gothic, and Renaissance architecture. From the squares filled with vibrant bars, markets, and restaurants, tall ramparts and towering columns rise majestically. The entire city is a UNESCO World Heritage Site.

So there is nothing to miss on your special boating trip through the Croatian islands.

Also check the Best European Travel Destinations for a Weekend in Fall. 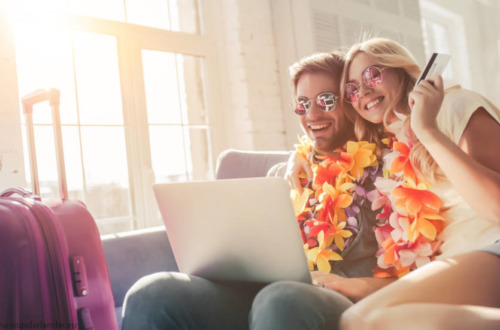 Travel Hacking for beginners in 2021